The running order for the Flyball competition, organised by Fenland Firestorm, for Just Dogs Live, has been released.

The running order has been announced and can be downloaded by clicking the image below to download a pdf version of the running order. It looks set to be an intense competition so definitely one not to be missed at the show. 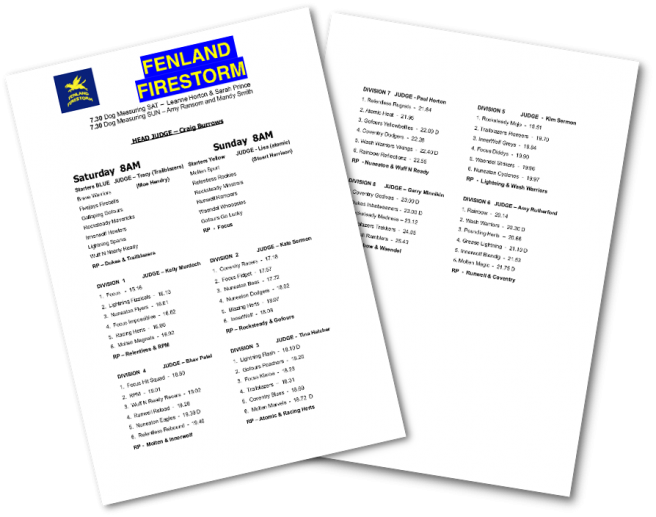