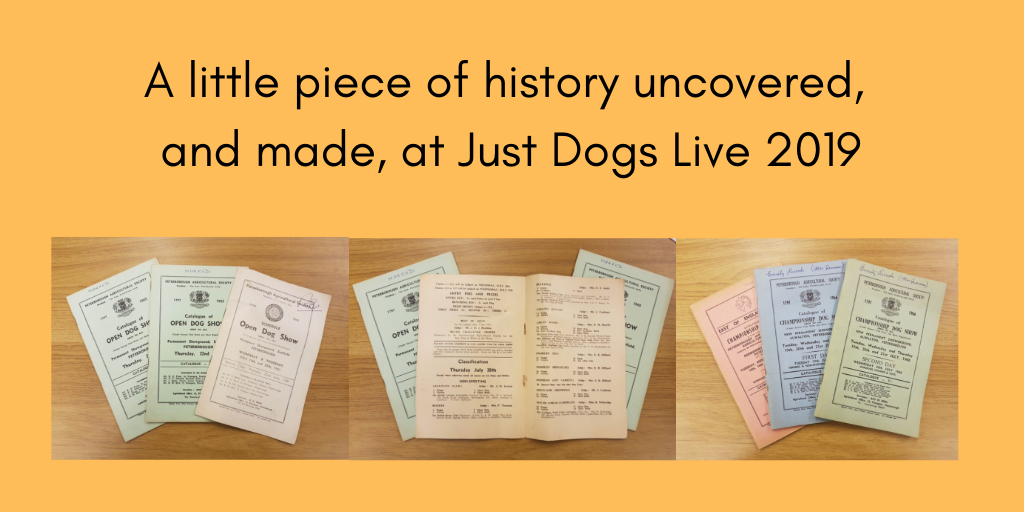 We are pleased to be able to announce the reintroduction of an Open Show to precede the Championship Dogs Show at Just Dogs Live 2019 and the significant growth of the show.

Currently the show has entry numbers of 7391 dogs and 9621 entries, an increase of more than 200 over the previous year and an indication of the strength of the East of England Championship Show. All of this success is built on very solid foundations, here’s a little bit of history about the Championship show.

In 1966, what was previously an open dog show held in Peterborough moved to its new, permanent home at the showground. At this time it became a championship show and has remained such to this day. But, this year, we are reintroducing the Open Show that will run on Wednesday 3rd July, in advance of the Championship Show, as a way for more people to enter the world of dog showing and cut their teeth in the ring. 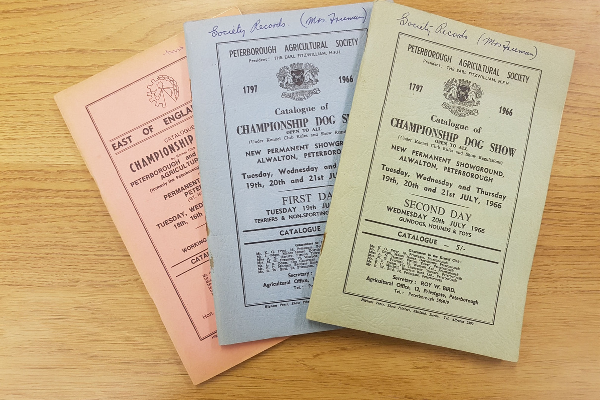 Whilst researching the history of the show we uncovered a number of catalogues and schedules going back 1961, which retailed for the princely sum of 2/6. It includes classes : non-sporting, gundogs, terriers, toys, hounds and any variety, and was accompanied by an ‘any variety obedience competition’. 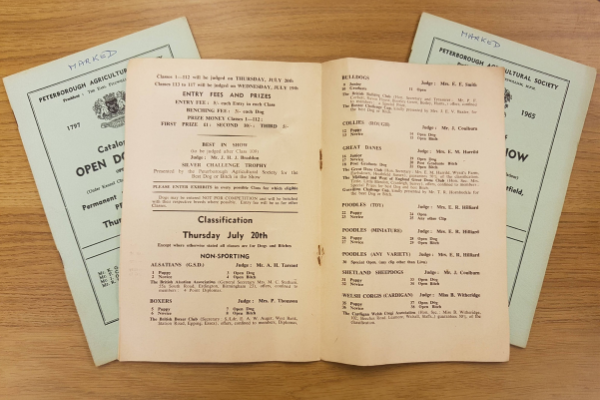 If you have any historical information or photographs and details of previous winners we would love to hear from you, these historic catalogues will be on display at Just Dogs Live 2019.